Skip to main content
University of Wisconsin–Madison
If you have any questions about the exhibition, or questions about the 1918 Pandemic’s effect on UW-Madison, especially as it relates to this year’s COVID-19 Pandemic, please contact curator, Micaela Sullivan-Fowler, micaela.sullivan-fowler@wisc.edu
There is a possibility that when we all return to campus, the exhibition will be extended through the summer. Then again, perhaps people will have had enough of ANY Pandemic news. Stay safe, all you dear readers.

Background on the exhibition, which has run from November, 2018, and is now on hiatus.

Through photographs, postcards, books, newspaper clippings, personal journals and published clinical articles, Staggering Losses conveys a narrative of medical care, casualty management, individual prowess, trench warfare realities, impactful weaponry, and a virulent virus that wreaked havoc on an ill-prepared population. The losses were in the millions. These losses were not just in lives and limbs, but also in livelihoods, students, love, potential children, artistic talents, musical prowess, educations, mental health, and creative minds; a loss of a generation of primarily men, but also women. There was the loss of opportunity and inclusion; Native American, African-American and Latino troops who, usually segregated during the war effort, still contributed to the American effort; particularly the French effort, then came home and continued to be victims of Jim Crow and other restrictive political realities and social agendas.

The loss of people like Canadian, Patrick McCrae, the poet/physician/soldier who wrote In Flanders Fields, then died in the war at 38. The loss of black physician, Urbane Bass, father of four, who volunteered for General Pershing’s American Expeditionary Force (AEF), joining the all-black 93rd Division under French command as a First Lieutenant. While working on wounded soldiers he was hit with shrapnel and both legs were severed. He died before he could be taken from the field, October 17, 1918. Jane Delano, the founder of the Red Cross Nursing Service, who organized the troops of nurses, inspired them to do the arduous work of trying to repair the bodies and spirits of soldiers who were double, triple and quadruple amputees (coined one physician as “trunks,”) and then died at a base camp at the age of 57. There was Harry Dillon, originally from Mondovi, Wisconsin, a UW graduate in the School of Agriculture. He specialized in proper silage for draft horses. He was killed by a shrapnel shell, just a month before the Armistice. Juxtaposed with the loss was the inimitable strength of the survivors, whose losses may have been more nuanced or less visible than those that had died, but no less life altering.

My goal is to bring renewed attention to themes and events that happened 100+ years ago. My mission was to appreciate millions through the mention of a handful. In memorializing a few of the poets, the wounded soldiers, the tireless nurses, the intrepid doctors, and the determined horses, we can honor the individuals that fought in the trenches; the fathers, daughters, sons, and mothers that were lost or cared for others. To acknowledge the grief and loss that our fellow citizens suffered reminds us of our shared humanity. We should never forget the singular individuals that contributed to the larger theater of care and hard-earned resolution.

Here is an interview about the exhibition. And, here is Micaela’s presentation from UW’s Wednesday Nite @ the Lab, on YouTube. Forgive the length, it’s a very rich topic…And a recent Isthmus column. 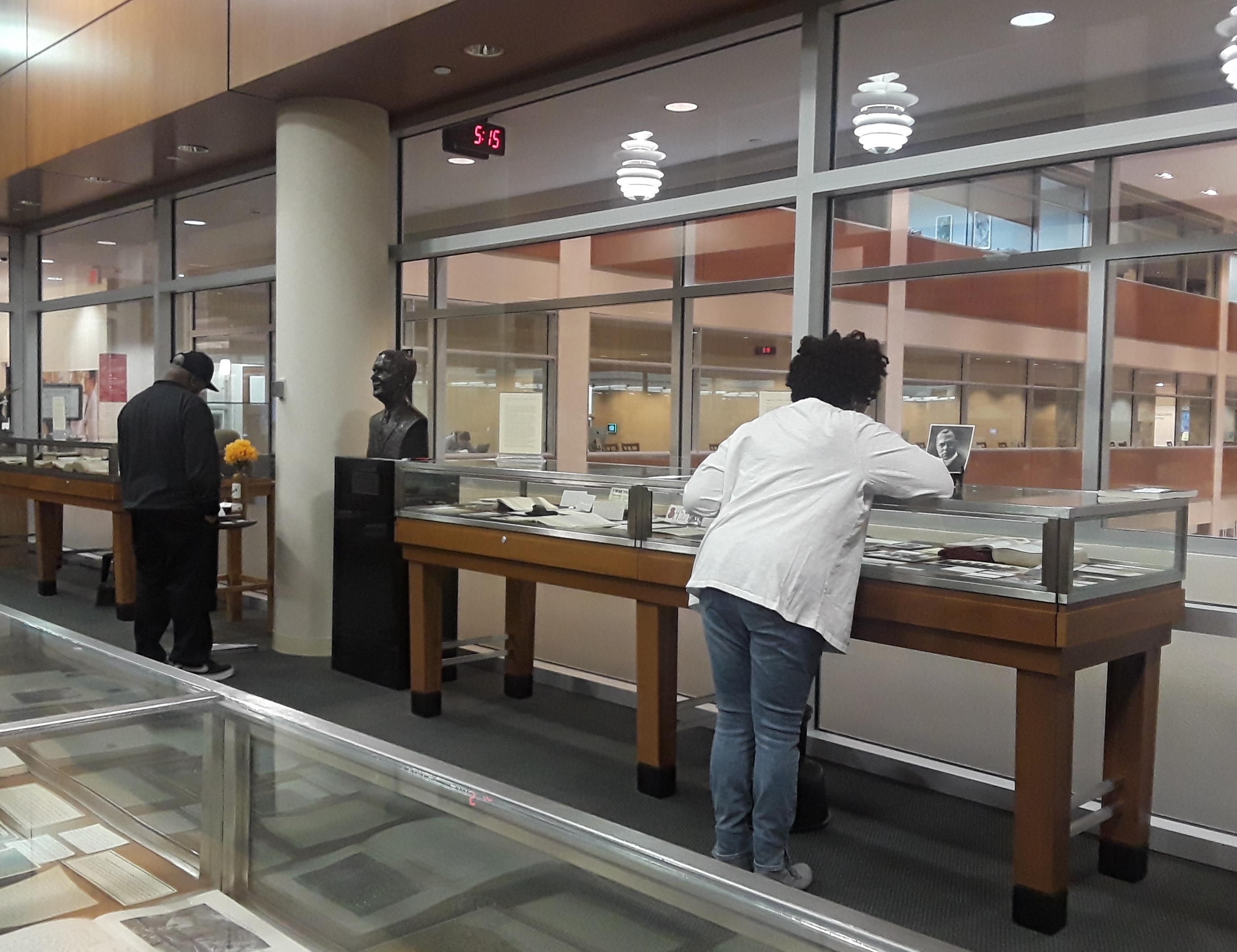 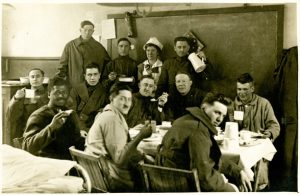 Photo of maxillofacial patients in France, from the photos of Roy Bard Sheetz, chronicled in from the National Library of Medicine’s Circulating Now.